Engineering a Global Best Project: Museum at the Gateway Arch 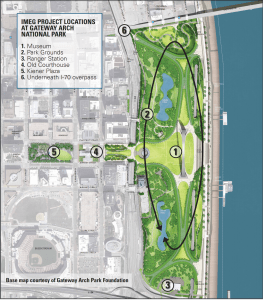 The project truly was a global initiative, with the team consisting of more than a dozen national and international consultants. The collaborative work of the team also earned the project several national and regional awards as well as LEED Gold certification – one just 11 LEED-certified sites in the National Park Service. (The facility will be approximately 20 percent more efficient than ASHRAE 90.1-2007.)

Located underground and beneath the Arch, the museum now features a grand entrance facing Luther Ely Smith Square and the Historic Old Courthouse, with a three-story atrium bringing natural light and openness to the subterranean spaces. Engineers designed infrastructure upgrades for the mechanical, electrical, and telecommunications systems for the new and renovated spaces, and provided construction administration services. Highlights of IMEG’s work included collaboration with the architect to design an efficient and effective smoke control system for the atrium. By minimizing the amount of combustible material and optimizing the geometry of the space, engineers were able to keep the smoke control system to a minimum. Introducing the makeup air into an under-ground space was especially challenging and involved coordination with the fire alarm system and door controls. (Read more about the museum’s mechanical and electrical design.)

The museum and IMEG’s other projects at the park were part of a multi-year initiative of the Gateway Arch Park Foundation (previously CityArchRiver Foundation) to improve the Arch grounds and riverfront to better connect downtown St. Louis with the iconic structure. The initiative included construction of a new land bridge over the adjacent interstate (which previously divided the Arch grounds from downtown), making it possible to walk between the Arch and the downtown district without concern for vehicular traffic.

The other IMEG projects associated with the foundation’s initiative were:

IMEG provided mechanical, electrical, and technology design for the demolition and renovation of the 90-acre Gateway Arch National Park, which surrounds the Gateway Arch. The design included rerouting incoming electrical, steam, and telecommunication services and the coordination of two new electric services for event power under the Arch and the new North Gateway Park. Design also was provided for power and data distribution for the new site lighting, security gates, security cameras, and vendor kiosks.

Due to the size of the site and impact to the adjoining downtown district, the site was divided into five contracts – managed by a single construction manager but each bid out to separate subcontractors for mechanical, electrical, technology, and earthwork/landscaping. This provided a challenge for the designers to ensure systems and tie-ins were properly coordinated with the other project area designs. Because the site is a registered historic landmark, the design team was not allowed to increase the number or size of above-ground structures. The site also is within a 100-year flood plain adjacent to the Mississippi River, creating challenges for underground drainage equipment.

The technology designers rerouted an existing major, private fiber optic communications line across the interstate between the museum and the Old Courthouse.

Electrical engineers and technology designers provided design for structured cabling and security systems as well as the extension of the new distributed antenna system (DAS) in the museum to the ranger station, which was relocated from the parking garage on the north end of the site to a building adjacent to the existing operations and maintenance building on the south side. The systems tied into the backbone fiber that services the operations and maintenance building.

IMEG provided electrical and technology design for the 3.5-acre Kiener Plaza, located near the Old Courthouse. The design included new services for event power, site lighting and control, security cameras, fountain power, and beacons for monitoring public use of the park that required the coordination of a wireless access system for data communications.

In addition to lighting on grade, engineers used high lumen LED flood lights mounted to the roof parapet of an adjoining building to provide supplemental “moon” lighting. The design also included an inverter that will keep half of the light fixtures illuminated in the case of a power failure.

IMEG provided electrical engineering services for MoDOT’s aesthetically-designed secure storage areas near the Arch grounds, under the I-70 overpass. IMEG’s design included a new electrical service to power the walk path lighting and accent lighting for the storage areas, called “lanterns” as they create the effect of glowing lanterns when illuminated.

Read more about the engineering design highlights of the Museum at Gateway Arch National Park.

Watch a video about the project. 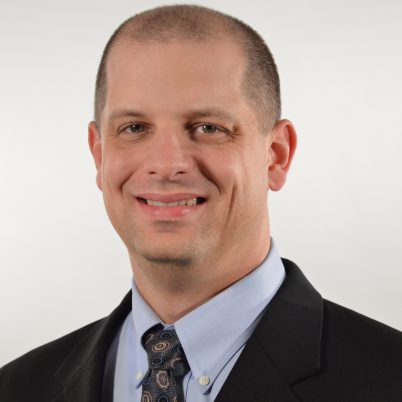 Jim Kappeler, PE, LEED AP, is a principal and Client Executive in the St. Louis office where he leads a team focused on the education, government, and corporate markets.