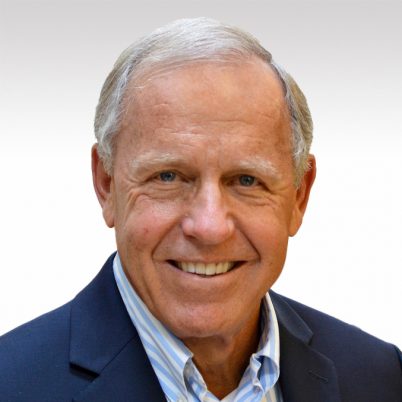 Paul VanDuyne, PE, is president and CEO of IMEG Corp. and has more than 40 years of engineering experience. As an executive principal he maintains an active role in corporate operations overseeing growth, diversification, and development.

As President/CEO, Paul defines the firm’s business objectives for performance, collaborative operations, and staff development. He earned a Bachelor of Science degree in electrical engineering from Drexel University in 1974. He then attended Rutgers University to work on an MBA and later earned a Doctor of Chiropractic from Palmer College. He ultimately chose a career in engineering, having joined IMEG (then KJWW) in 1976 as the firm’s 16th employee. He became the firm’s vice president of engineering in 2003 and its president in 2004. Today he is president and CEO of the firm, which has grown to more than 1,800 employees at 60 locations. He was named Senior Engineer of the Year by the Quad City Science and Engineering Council and a “Mover and Shaker” by the Quad City Business Journal. He is a member of the Design Futures Council, NSPE, IES, and AEE, and serves on IMEG’s Board of Directors. Additionally, he has served as chairman of multiple not-for-profits, is a member of Strategic Coach and Chief Executive Network and attends the EFCG annual conference.