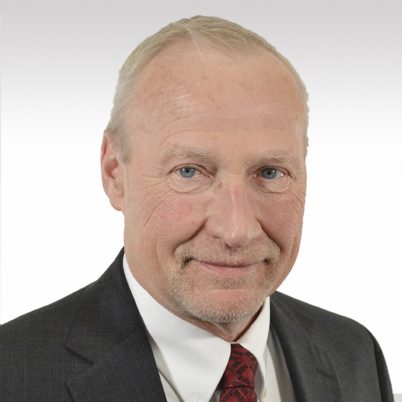 Roland Pulley is IMEG’s Chief Financial Officer and a principal of the firm. Roland is responsible for all financial and accounting activities and plays a major role in acquisitions during the negotiation, due diligence and integration phases.

Roland is a 1977 graduate of Iowa State University, where he earned a bachelor’s degree in Industrial Administration. He became a Certified Public Accountant in 1979, and by age 28 was promoted to partner at McGladrey & Pullen (now RSM), a national certified public accounting firm where he worked for 22 years. His later experience includes positions as part owner and COO/CFO for the Bedding Group (1999-2008) and for PCT Engineered Systems, LLC (2008-2015), where he later served as director of operations and planning. Roland joined IMEG in 2017.