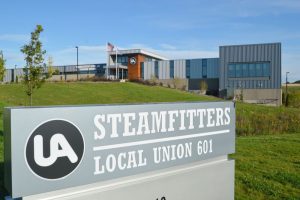 The Steamfitters Local 601 Training Center and the Midtown Police District, IMEG projects both located in Madison, are among the People’s Choice nominations in the USGBC Wisconsin Transformation Awards. Votes are being accepted through June 6 on Facebook.

To vote, simply “Like” “Love” or “Share” the graphic image of either project as shown on the USGBC Wisconsin Leadership Award photo album on Facebook. The IMEG projects are the last two in the third row of the album.

The People’s Choice Award winner will be announced during the Transformation Award Reception on June 6.