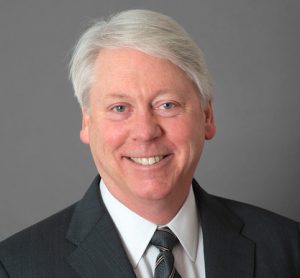 Joel Goodmonson, of AEI now IMEG, has received the ACEC Coalition’s Distinguished Service Award. Presented during the ACEC 2022 National Fall Conference in Colorado, the award honors individuals who have given countless volunteer hours of support to the association and engineering profession.

Previously named an ACEC Fellow—a distinguished class of engineers selected by their peers—Joel has served ACEC as vice chair and senior vice chair of the Executive Committee, chair of the ACEC Council of American Mechanical and Electrical Engineers, and president of ACEC Massachusetts. He also has served the Board of Registration as chair of the Professional Engineers & Land Surveyors Complaint Investigation Committee and as a member of the 250 CMR Rewrite Committee.

A project executive and civil engineer, Goodmonson was a founding principal and executive vice president of Architectural Engineers, Inc., which joined IMEG in January of 2022. A LEED Accredited Professional and Professional Engineer licensed in five states, he has managed more than 125 sustainable renovation design projects in a variety of markets, including the higher education, healthcare, transportation, and corporate sectors.