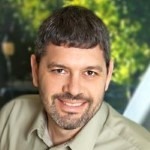 Todd is a Professional Land Surveyor with licenses in South Dakota and Iowa. He brings over 26 years of experience in all aspects of surveying, including preparing drawings for plats and surveys, engineering plans, boundary surveys, ALTA surveys, tower surveys, conservation easements and surveys, elevation surveys, topographic surveys, and mortgage surveys to the position.

He works out of IMEG’s office in Sioux Falls, SD.