Expect SpeedCore to reduce time and cost of commercial high-rise construction across U.S.

A revolutionary building method that can reduce commercial high-rise construction time by one-fourth or more is poised to become a game changer in the AEC industry.

The method, dubbed “SpeedCore” for obvious reasons, is a concrete-filled composite plate shear wall that can be used for constructing a building’s core. As opposed to a traditional concrete shear wall, SpeedCore does not require internal reinforcing, as each section is sandwiched between two hot-rolled steel plates that provide permanent external reinforcing – which also eliminates the need for concrete forms that would be thrown away. One of the latest developments in the growing use of prefabrication, the panels are built in steel fabrication plants, shipped to the job site, and simply stacked and welded or bolted together. The result: substantially faster high-rise construction and less waste.

I’ve been watching the development of SpeedCore ever since the idea was conceived several years ago and subsequently researched by Purdue University with partial funding from the American Institute of Steel Construction (AISC), which continues to promote the use of the method.

As reported by ENR magazine in 2020, testing has shown that SpeedCore needs no external fire proofing. This will result in additional savings in cost and time for future projects.  Still, the upfront cost of SpeedCore will always be substantially more than traditional reinforced concrete cores. The return on investment, therefore, will only be realized in high-rise construction, where the time saved on every floor adds up – and the more floors you have, the more time you gain. Steel erection time on Rainier Square Tower in Seattle, one of a handful of West Coast projects to use SpeedCore, was cut nearly in half.

The existing SpeedCore projects are in highly seismic areas, where lighter, structural steel framing is required instead of heavier concrete in order to lessen lateral forces on the building. I predict that SpeedCore’s spread initially will be primarily in commercial office building towers, which often use structural steel framing even outside of seismic areas – where the savings in time and cost will be even further augmented by the ability to bolt the panels together instead of welding them – a more labor-intensive process that is required in seismic locations.

For SpeedCore to catch on in residential towers, however, the industry will need to find a way to speed up construction of the flat plate floor framing systems typical of that sector. Flat plate floor systems reduce floor heights and ceiling costs for residential towers, but the construction and curing of such cast-in-place concrete floors is time intensive. This causes the critical path to run through the pouring of the slabs around the core instead of the erection of the shear walls. That’s what kept SpeedCore from being used on a high-rise residential project in Austin. We prepared schematic pricing documents for the project using a SpeedCore scheme, which were priced by a fabrication/erection team. The cost analysis showed the method to be untenable.

Would I propose SpeedCore for a project? In the right circumstances, yes. For example, we recently designed a 38-story office building in downtown Denver using a traditional concrete core with steel framing wrapped around it. Were we to design that building today, we definitely would propose using SpeedCore.

For more information on SpeedCore, visit the AISC website. 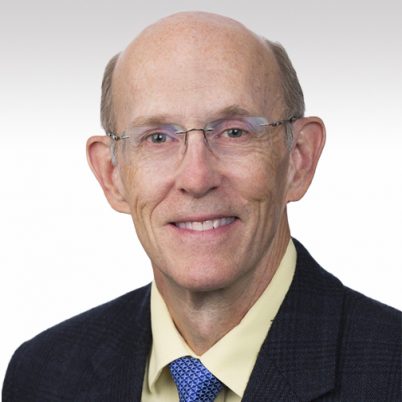 Wally Ford, PE, LEED AP is  Client Executive for the structural team located in Houston and a principal of the firm. He has 43 years of experience in planning and designing structural systems for commercial and institutional buildings.

Extended reality: It’s all about seeing the details