Home » Snow load: Is your roof at risk?

Snow drift from a higher roof

While we’re used to heavy snowfall in northern areas of the country and design new buildings accordingly, some older buildings and those with known deficiencies could be at risk for snow-related failure.

As a structural engineer and member of the ASCE7 subcommittee on snow and rain loads, I see the necessity of codes that help us determine loads and design stronger buildings firsthand. To determine the snow load required in a building’s design, a practicing engineer follows these three basic steps:

Unfortunately, most older building codes did not include drifting provisions. The current drift provisions that include roof length and ground snow load were not introduced until 1988. Because drifted snow was often unaccounted for in the design of older roofs, these buildings are most susceptible to roof damage due to snow loads.

A physical sign of snow overload to look for is excessive deflection or sagging of the roof structure.  Structural members are intended to have some flexibility with expected deflections under design snow loads of the span divided by 360 or 240.  This means on a 30’ span, deflection could be somewhere between 1” and 1.5” and on a 60’ span, deflection could be 2” and 3” at the design snow load.  If your building has 60’ joists supported by 30’ girders, the expected deflection would be additive or between 3” and 4.5”.  If you are seeing a larger deflection than the span length ratios would predict, it could be a sign that you have more snow on the roof than it is designed for.  A properly designed roof for today’s codes in the Chicago area should be able to support about two feet of uniform snow when load and safety factors are accounted for.

The ASCE 7 subcommittee on snow and rain loads is currently finalizing the changes to the Snow Load Chapter for the 2022 version of the document. Significant changes are proposed for all three snow load calculation steps identified, with changes to the ground snow load map, the factor that accounts for the heat transfer through the roof, and the equations used to determine drifted snow. I’ll address these changes and more in a future blog.

If buildings are properly designed and constructed using building codes that include modern provisions for drifting snow, the risk of snow-related failures is extremely low, provided the building roof drainage system is properly maintained. For older buildings, or those with known deficiencies, it is important to be vigilant in watching for significant accumulation in areas of the roof that may not have been accounted for in the original design. 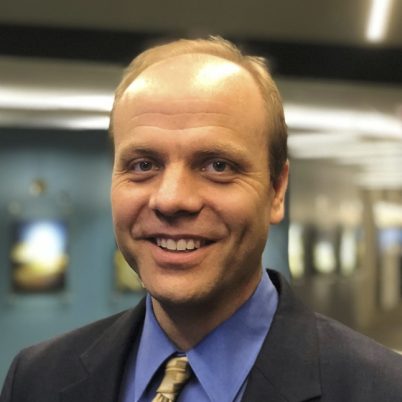 Karl Pennings, SE, is a licensed structural engineer with experience in design of structural systems from schematics through construction documents and shop drawing review. He serves on the ASCE 7 Subcommittee on Snow and Rain Loads and is known for delivering a high level of client satisfaction while producing engineered solutions that are economical and well-coordinated with other disciplines.