Home » Posting a bridge? Think about the alternatives

Bridge load posting – identifying just how much weight a bridge can bear – is a matter of public safety and a way to safeguard vital transportation infrastructure. However, load posting is less straightforward than it may seem. Not posting a bridge can create safety issues for the motoring public, while posting makes transportation more difficult for large, heavy vehicles and the industries that use them.

Bridges often need to be posted for restrictive loads when the capacity of the bridge decreases due to deterioration, damage, etc., and/or when the demand on the bridge increases due to changes in the dead load (bridge deck, wearing surface, etc.) or live load (legal and permit trucks or special loadings). Subjecting a bridge to vehicles heavier than it was designed to support shortens the service life of the bridge and can cause visible and hidden damage, eventually forcing the roadway jurisdiction to restrict the weight of vehicles using the bridge or, in extreme cases, to close the bridge to all traffic. To ensure that posting is justified, alternative methods should be considered when evaluating for posting:

Re-rate the bridge using an alternative method to determine whether the bridge can accommodate higher loads based on currently accepted code criteria from the American Association of State Highway and Transportation Officials’ Manual for Bridge Evaluation, Third Edition. Bridges may be evaluated using any of three methods: allowable stress rating (ASR), load factor rating (LFR), and load and resistance factor rating (LRFR). It is mandatory for all new bridges to be load rated using LRFR.  If an existing bridge was designed using Load and Resistance Factor Design (LRFD) methodology, it must be rated using LRFR. If an existing bridge was designed using LFD methodology, it shall be rated using either LFR or LRFR, yet there may be considerable discrepancies in the results. Thus, an old bridge rated low using LRFR may be re-rated using LFR to determine whether it can accommodate higher loads or vice versa. In addition, there are two rating levels: inventory rating and operating rating. Operating rating normally yields a higher load, however, posting at operating rating will reduce the service life of the bridge. Thus, the bridge owner’s maintenance strategies should be taken into consideration when deciding on a rating level.

Conduct an inspection to confirm the condition, measurements, and other properties of the bridge and carry out a more in-depth and refined analysis, such as the Finite Element Analysis. Engineers can also perform a direct risk assessment to determine the future course of rehabilitation investments and balance the replacement costs with continued operation.

Consider a one-lane alternative. Normally a bridge will be rated for the number of traffic lanes as designed, but if the capacity is not adequate, the bridge may be checked for a reduced number of lanes. Reducing the number and locations of the loaded lanes and restricting lanes with barrels or stop signs can keep a bridge from being posted with a weight restriction.

A good bridge posting strategy is a balance of extending the bridge’s service life and while maximizing its usage. Consider alternative methods during evaluation to ensure your bridges achieve that balance. 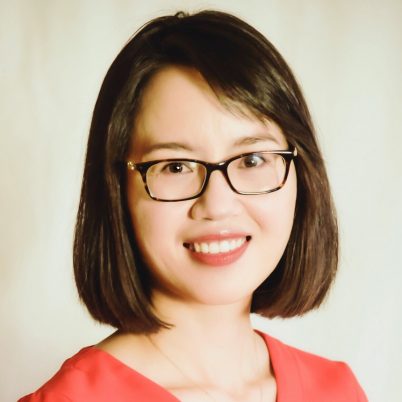 Extended reality: It’s all about seeing the details