As communities are working toward meeting the Environmental Protection Agency’s mandate to complete an inventory of their water service line materials by Oct. 16, 2024, many are running into a common issue: Who will pay the potentially thousands of dollars needed to replace their lead pipes?

Even a low level of lead in water supplies can have negative health impacts on residents, including kidney problems and increased blood pressure in adults and lower IQ levels and behavioral disorders in children. In an effort to curb exposure to toxic levels of lead in water service lines made of the material, the EPA is calling for all lead pipes to be replaced.

But the mandate doesn’t define who must pay for it. Many cities are replacing their lead pipes as part of infrastructure upgrades but are only covering the cost of the pipe up to the private property line, leaving residents to cover the rest. For many homeowners, however, replacing the section of pipe from the property line just isn’t financially feasible. In such situations, the city’s partial replacement can actually be more dangerous than leaving the pipe alone, since it can cause more lead to leach into the water supply.

Some cities, like Washington, D.C., are creating policies that will either cover the cost to property owners or subsidize a percentage of it, based on the resident’s income. Denver Water, the city’s water utility company, is committed to replacing all lead service lines at its own expense.

For small communities that don’t have the capacity to cover the cost for its residents, federal and non-federal funding sources are available, including the Drinking Water State Revolving Fund and the Small, Underserved, and Disadvantaged Communities Grant Program, among others.

IMEG works with many communities to identify their service line materials and determine if they have lead pipes. We also can provide guidance on procuring funding resources and help communities fully replace their pipes. The goal, of course, is to provide a robust and safe infrastructure to deliver healthier water to residents. 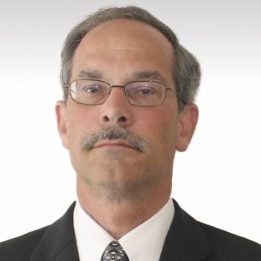 Jack Kusek, PE, PLS is IMEG’s Water/Wastewater Market Leader and an associate principal of the firm. He is a senior civil engineer and has nearly 45 years of industry experience.

Is 4K technology right for your OR?