Home » Roundabouts increase safety when designed to be user-friendly

Roundabouts increase safety when designed to be user-friendly

For many years, roundabouts have proven to be much safer than a traditional intersection. With a limited number of contact points, reduced vehicle speed, and smoother angle of cars passing through, severe car crashes are much less likely to happen in a roundabout – in fact, studies have shown the severity to be reduced by about 80 percent compared to a traditional intersection.

However, I’ve noticed a trend of increasing the number of lanes in roundabouts to two or three, with multiple entry and exit lanes. The addition of the third lane tends to create confusion and driver error, as drivers are unsure of when to yield and turn and where to enter and exit, and often change lanes without proper signaling. This can lead to an increase in roundabout crashes (even though the number of severe crashes is still significantly less than those in traditional intersections).

It’s best to have a single–lane roundabout where adequate capacity can be maintained and the level of service of the roundabout is not compromised.  Even two lanes are better than three. Regardless, it’s important to educate drivers on the correct way to enter, change lanes, and leave a roundabout. This can be accomplished through clear signage and pavement markings (including overhead signs designating lane choice and “yield to both lanes” signs). Reducing the number of entry lanes and contact points can be accomplished by partial and full right-turn bypass lanes. Adding delineators such as splitter islands and median barriers are also highly beneficial.

When traditional intersections have high crash rates, are transition points for traffic calming, or have high left-turn volumes, roundabouts can be the better choice, but only if they are designed with ease-of-use in mind. Complicating them will only lead to confused drivers, more accidents, and potentially costly revisions, so it’s important to get the design right the first time. 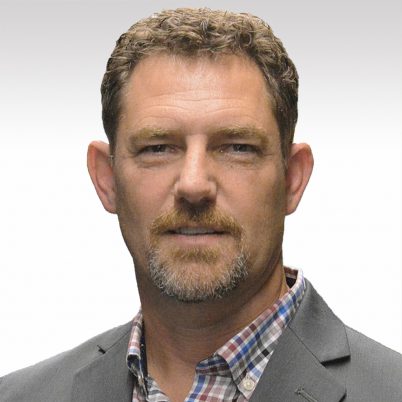 Corey Stout, PE, is IMEG’s Transportation Market Leader and a principal of the firm. As a senior civil engineer and project executive, he is responsible for client development and project strategy. Watch a 3-minute video with Corey.